skip to main | skip to sidebar

Are You Working With Other Dimensions

Know this, for those of you doing what we call Magic, True Magic and deeper things - there are a few of you there in the world doing these things, that interacting with other dimensions where you are your natural self - your natural spirit self, your true personality - like that - alright - those dimensions will feel like reality because you are who you really are and you can do things that seem magical in third dimensional Earth but are normal for your natural capabilities.

The more you interact with and/or are a portion of that to interact to do the good things you do you will feel stranger - alright - in the third dimensional Earth that you occupy the rest of the time and you may at times not trust what goes on in that dimension. It won’t feel real.

So even though you may be subject to third dimensional Earth, meaning you were born and raised here - your physical body is of Earth, because of your awareness and functioning capabilities in other places which might even present you with evidence from time to time according to things that you actually see then a “natural” thing takes place and the natural thing that takes place is that you know what you know when you need to know it more frequently than would be the “natural” case for a third dimensional Earthian person.

So if you notice that you have beliefs that may be contradicted or are an element of a larger group - meaning temporal* - alright -  Earth time, than you can be pretty sure that this is an effect of being in your natural state when you are doing the work or when Beings from that natural state are visiting you or the third thing - you are observing phenomena, as it might be called in third dimensional Earth, that is literally in front of you or all around you and it seems completely comfortable for you to see these things.

There might be some small anomalies which most people will brush off but some people with mental aberrations, either brought about by traumas of life or by matter that they consume - alcohol in small quantities in this case or drugs - sometimes the accumulated affect of drugs, will see more and it might cause further mental aberrations which is why sometimes people are doing things which seem to be absolutely crazy and afterwards really do not remember doing it.

An example of this crime would be people suddenly for no particular reason driving up on a sidewalk and driving over people and then afterwards really not believing that they could have done such a thing when they are back in their prescient awareness.

That’s a case of the anomaly affecting someone because of alcohol or opiates or chemicals that they are consuming. Well - and it is because in moments Earth must drop that not real aspect which for her, third dimensional Earth, in allowing you to believe that you are only having a life on Earth and nothing else for example, that she cannot sustain it because she must be her natural self in order to maintain, rebuild and stay alive as a planet, as a Being.

So, those moments are usually split seconds but nowadays sometimes several seconds - two, three - two almost three to be precise and therefore people are having really what amounts to visions. Most people brush it off but the exceptions are people under the influence.

So if you’re having strange, for Earth person, beliefs or you’re having experiences that don’t seem to follow logically that is why that is.

Now I know you’re going to ask me what you can do about it so I’m going to give you a Living Prayer - alright.

You know what to do, first say the preamble where you ask for all the most benevolent energies to be all around and about you and pause after the energy fades just a little bit - it surges ja**, then it fades.

Then say this, “I am asking that when I am on Earth and focused only on Earth for my life on Earth that I experience complete Earthian clarity and when I am doing my work that may involve other dimensions that I be able to do that in the most benevolent way for me and that these experiences be only of other dimensions when I’m doing the work and that my Earthian personality be clear and of Earth in the most benevolent way for me now.”

That’s what I recommend. Goodlife

Posted by Robert Shapiro at 4:51 PM No comments:

What is Deep Trance Channeling the Way I Do It. 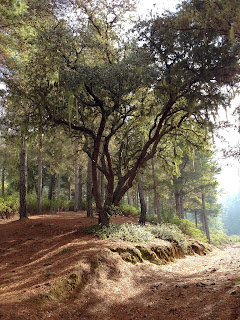 
Read them all, you scholars out there, and make up your own mind - or feel into it and see if it has value to you. Or if you prefer, read one or just a little bit of one. I support you in your endeavors to find your own truth and to come to conclusions that serve the greatest number in the greatest way and in the most loving and benevolent way. Goodlife
Posted by Robert Shapiro at 5:14 PM No comments:

Robert Shapiro
Robert is known as a Shaman, Mystical Man, Professional Trance Channel and Author for over 40 years. More than 40 of his books have been published so far and others may be coming soon. For videos see Robert's YouTube at https://www.youtube.com/BenevolentMagic or https://explorerrace.blogspot.com/ and for a list with descriptions of his books: https://www.lighttechnology.com/authors/shapiro-robert also https://www.amazon.com/Robert-Shapiro/e/B002BLSGSY

Closed Captions On My Videos

While I appreciate You Tube's efforts at captions, Automatic Captions are not accurate for my videos - especially videos by Grandfather - at this time.